I still remember the first time I met him. We were introduced by a mutual friend. He was as wide as he was tall, a strong figure who looked to have been through a thing or two in his day. His exterior was rough and characteristic of Bangkok: weathered, dirty, and rigid. And he stood with a quiet demeanor. But despite the cold feeling he gave off everyone in the muay thai community wanted to be around him, myself included.

When in his presence he treated me no different than the hundreds of other muay thai enthusiasts that gathered around him. He was indifferent even toward the greatest fighters. But that was part of his allure. It didn’t matter how much you respected him, his reputation, or his history in the sport. It always felt like you were just an observer of his life.

And so it went. As excited as I always was to see him again, it didn’t matter how many months or years passed before our next meeting, my excitement was always met with an equal amount of apathy on his part. Nonetheless, over the years I made sure to check in with him anytime I was in Bangkok because he always made me step back and reconsider my own purpose and what it meant to struggle and overcome adversity.

Our last meeting was when I was filming the Muaythai Journal series. I finally had a chance to get inside his mind when no one else was around. I turned on the cameras in order to capture what I could of him, with the hopes that he’d show me something so that I could better understand his place in greater Thai society. But by this time he was just a shell of who he’d been in his prime. He didn’t say much. He sat in silence, surrounded by garbage and other rubble.

I continued shooting though. I wanted to capture as much as I could of this extraordinary figure, still appearing so very strong even in his last days. But my time ended all too soon. The only caretaker, his janitor, told me I had to leave after just ten minutes with him. I gathered my belongings and headed out. And as I stepped out on to the empty lot on Rama IV Road I heard the sounds of a giant chain clanking, and then a click of a lock. I turned around and knew it’d be the last time visiting my old friend, Lumpinee Stadium.

Old Lumpinee Stadium was one of those places that can never be replaced, even if they’ve constructed a new building and transplanted the same name. It’s hard to transport its character and soul, what made Lumpinee so special. It was a place comparable to the Roman Coliseum, where on any given fight night the sounds of gamblers would spill out over the top and come crashing down on the pavement outside and onto the street with an energy that pulled you closer and closer to its core. It was also a place where Thai fighters took to its stage to fight their way up the rankings and fight their way out of poverty. And at the same time a place where foreign fighters fought their way in, even when rankings didn’t apply.

Mark Deluca, muay thai instructor at Yamasaki Academy, is one of those fighters who experienced first hand what it was like fighting at Old Lumpinee among some of the best Thais:

“It was quite surreal to be able to share even a glimpse of what they went through,” said Deluca. “There was an aura that you could feel in the air [while] warming up, walking out, sitting on the bench waiting for the fight and finally climbing over the top rope when it was your turn.”

It was those ropes that Deluca is referring to, those four cables that stretched across and connected the corners of the ring, one to the next, that were responsible for containing the aura of Old Lumpinee. If the stadium itself was the body then the ring was the heart, the place of convergence for all energy that flowed to and from its center. But just like the fighters who warred within it, it wasn’t built to last forever. Time outlives everything and everyone. And Old Lumpinee had its time, about 58 years worth.

Whenever I’m driving on Rama IV Road and pass the place where my old friend used to hang out I become a bit nostalgic. I always get this feeling that I’ll pass by and see him there once again, that old worn out body standing among the modern skyscrapers and offices and malls of an emerging city. But he’s never there. It’s just an empty lot now. A field of rubble. The last remains Old Lumpinee Stadium. 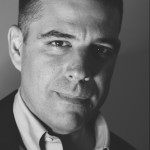