Photos from Glory 37: Wilnis vs. Adesanya

The Striking Corner’s very own photographer, Victor Alvarez was on hand at Glory 37’s first card of 2017, which took place on Friday, January 20th, 2017 in Los Angeles.

As with every Glory event, the night was full of fast paced action, some upsets, some surprises, and a little controversy. But overall Glory’s first show of 2017 was solid with great matchups such as Matt Embree vs. Robin Van Rossmalen and the Glory Middleweight title fight between Jason Wilnis and rising star, Israel Adesanya.

Check out the great images form our photographer Victor Alvarez in the slideshow below. 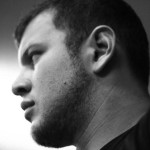 CEO & Editor-in-Chief at Muay Thai is Life, my goal is to continue helping the sports of Muay Thai and Kickboxing grow in the United States and around the world. I love this sport and consider it to be something far more unique than just fighting. I dislike the politics of the sport, so I always do my best to stay away from the nasty bits of it, unless completely necessary. Host of The Striking Corner. Hit me up at eric@strikingcorner.com and you can also follow me on my personal Instagram @erickaewsamrit