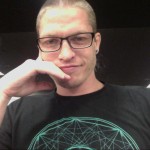 Joe is an editing student at Florida State University and an amateur Muay Thai fighter as well as MMA (Mixed Martial Arts) fighter. Joe has been involved in one way or another with the amateur combat sports community in the southeast for over 7 years and has had the pleasure of training and learning from Striking Corner founder Eric Rivera for almost twice as long.